Gå til innhold
Science moves in mysteries ways. Despite its goal to be an objective tool describing the world as it is, science, when used by us humans, is not objective. Once a result, mathematical formula or any data acquired is interpreted the objectivity seizes to exist. And this is exactly how it should be. Data are worthless if not interpreted by someone.
So the trouble with science, when there is trouble that is, is not in science per se, but in the interpretation. Unfortunately, peoples interpretations of science can make you pull your hair out in frustration. This is what I imagine Dr. B.G. is doing here. 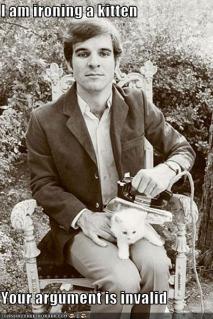