Spring cleaning. All freshened up – away with bricks and Banksy and bombing.

The truth
We are all confused (some more than others) about what to eat – which foods are good for us and which are not. We’d all like to know this, to learn once and for all which foods give us the best health. It’s all just so bloody confusing.

There is one thing, though, that we have to keep in mind if we want to know the truth about healthy foods. Or rather, there is something to realize. And here it is:

Only very narrow minded people think that there are always more nuances. They are narrow minded because they exclude the possibility of non gradation. This is a problem. It is a problem because this idea of there always being more sides to a story gives rise to the idea of everything in moderation – the golden mean. There is nothing strange about this response to confusing information. We are not all experts and most of us do not have the time to dig into the literature and by ourselves solve any disagreements. So we keep away from extremes. It’s a balancing act. 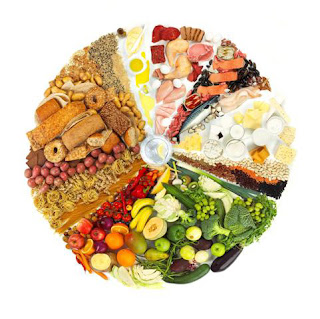 But if your goal is optimal nutrition and optimal health, the middle way is the wrong way. Nothing in nutritional science indicates that this is an effective way to reach our goals. Most likely you will end up eating too little of some nutrients and too much of others. And I know many nutrients are essential in one dose, optimal in another and toxic in higher doses. Still, this does not in any way indicate the middle way to be a good general rule. For optimal health you need the right amount of nutrients, nothing more nothing less.

Unfortunately, government nutritional guidelines are a version of “everything in moderation.” Not too much fat, a little sugar, some fiber and some protein and a little salt. This means that if your diet is utter crap, starting eating as official guidelines recommends, will likely improve your health. However, you will never have an optimal diet. This requires rather more rationality than what is offered by the official guidelines.

The disagreements
What appear to be scientific disagreements confuse us into dietary mediocrity. But the disagreements themselves are rarely scientific. Whenever you see two “experts” arguing about what constitutes a good diet, remember that any scientific data by itself is objective. It is what it is. But the data has to be interpreted by people, thus making it subjective. It is interpreted by people with very different amounts of total and subject specific knowledge, and with varying potential for rational thinking.

This means that whenever “experts” disagree on basic knowledge there are two likely scenarios. Either one of them is right, which means the other is wrong. Or they are both wrong. I’ve said it before and I’ll say it again. We cannot disagree more than the evidence permits. A disagreement is not a matter of opinion. There is no room for opinion in science. A disagreement is either a sign of lack of knowledge in one or more of the disagreeing parts or a sign of an underlying agenda not related to science in one or more of the parts.

Taubes and Oz disagreed about the dangers of saturated fat. They might both be wrong, but they can’t both be right.